Here's one I served on even earlier.. 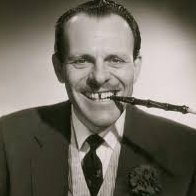 By skwonk,
August 24 in In Progress