1/48 Italeri Apache Longbow in India (with a twist) 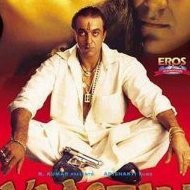 By Vaastav,
May 3 in In Progress