A connundrum for Customs and Excise. 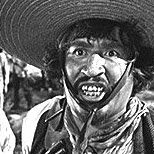 By Che Guava,
January 21 in Chat